What is a fungal nail?

Want to make an appointment?

Fill in the online form for an appointment!

What is a fungal nail?

A fungal nail is a thickened, crumbly or discolored nail caused by an infection with a skin fungus. The fungus enters the skin through, for example, an infected bathroom, sauna or swimming pool floor. Nail fungus thrives best in warm, moist areas such as sports shoes. Partly for this reason the toenails are affected much more often than the fingernails. The diagnosis can usually be made with the naked eye, although there are other nail conditions that look like a fungal nail (eg psoriasis nails). To get more certainty, a piece of fungal nail can be grown in the laboratory, with which the fungal type can be identified. 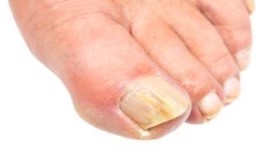 There are special antifungal nail polishes or lotions. These usually only work if the infection has not penetrated deep into the nail. The active ingredients are, for example, ciclopirox or amorolfine.

If the nail bed itself is affected, or a large part of the nail, a systemic medicine (tablets, for example Itraconazole) can be used against the fungus, usually for 3 to 4 months. This medicine fights the fungus from within. The tablets usually do not have many side effects, but the long-term use of this medication is often experienced as a nuisance. Nail healing occurs in approximately 80% of treated patients. Often, however, a re-infection of the nail occurs later.

With a nail laser, fungi in the nails are killed by warming, without damaging warming of the nail itself or the skin. The older generation of lasers used for this purpose had the disadvantage that the temperatures reached were often not high enough to kill the fungus. The new generation of lasers (Pinpointe laser) works with micro pulses that do reach this temperature.

The PinPointe laser is the first fungal nail laser approved by the FDA (American Food and Drug association). It is a relatively new treatment for fungal nails that should make medication superfluous. It is important for MCW specialists that it is a safe treatment: the effect is based on selective warming of the fungus, while the skin and nail bed are preserved. 50% of the patients treated actually see improvement in the nail structure.

We treat you 3 times with an interval of approximately 6 weeks. After 3 months you will come back for an evaluation. This is because the nail has to grow to see an actual result. Based on the results, it is decided whether or not to continue the treatment.

What is the Pinpointe laser?

The PinPointe laser is a relatively new treatment for fungal nails that is based on destruction of the fungus by heating. The PinPointe laser is the first fungal nail laser approved by the FDA (Food and Drug association). The effectiveness is achieved through the combination of laser (heat) and pulse therapy. The fungus and tissue are warmed up with each micro-pulse. There is an interval of 0.05 seconds between the micropulses in which the tissue can cool down. The fungi can give up their heat poorly compared to the tissue of the nail bed and will therefore cool much less during the intervals. After a series of 10 micropulses, the fungi have reached a destructive temperature while the temperature of the nail bed normally remains below the pain threshold.

How does it work in practice?

You make an appointment at our outpatient clinic. During the first visit, it will be determined whether your lime nails are indeed based on a fungus. If, when making the appointment, you indicate that you are coming for treatment with the nail laser, it can usually be treated directly with the laser. Please note that your nail must be reduced to a minimum length before treatment and the surface of the nail must be filed as much as possible. This can be done during the appointment by our experienced pedicure. Also for the follow-up appointments, your nails must be short and thin. You can do this yourself by filing your nails every week, for example after showering.

During the visits to the outpatient clinic the laser is treated nail by nail. This can cause a warm or tingling sensation and can be experienced as painful.

This ointment must be used every day on and around the nails and between the toes. Very often the feet themselves are also infected and they will also have to be treated with an antifungal cream. Shoes must be regularly treated on the inside with antifungal powder. The healthy nail needs time to grow out, on average this takes half a year to a year. 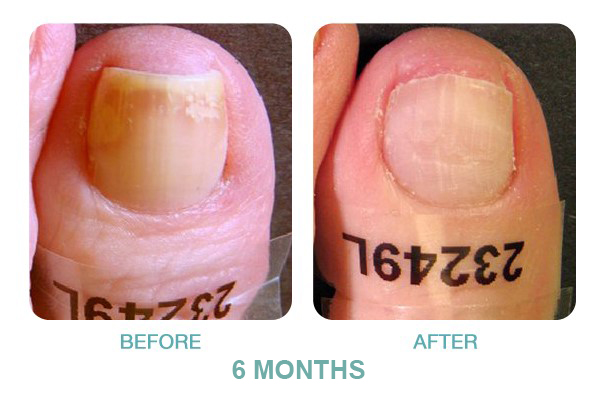 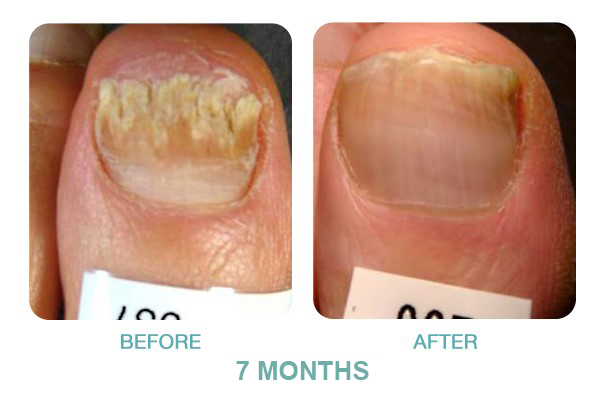 The Wilde-Pedique silver plus is a professional concept with which fungal nails or damaged nails can be cosmetically corrected. These gel nails are suitable for possibly being lacquered at home. There is also a variant in a natural color, so that the nail REALLY looks!

This gel is particularly elastic in order to be able to follow the winding of the foot optimally and to be able to handle pressure on the toenails. In addition, the gel contains a highly effective anti-mycotic (antifungal) component. Added microsilver in the gel also has an antibacterial effect, which also supports the anti-mycotic components.

It goes without saying that Wilde-Pedique plus will grow together with the natural nail. Under normal circumstances this will be the case after a few months. It is then possible to update the corrected nail again. In the meantime, you can remove the nail polish with nail remover without acetone and repaint the nails. 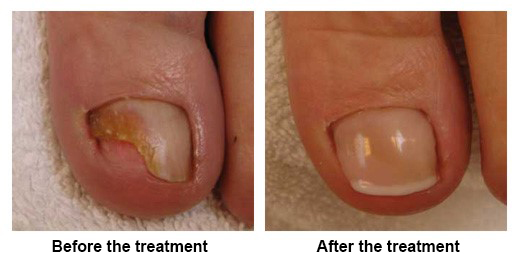 The treatment is not reimbursed by health insurers.

Want to make an appointment?

Fill in the online form for an appointment!